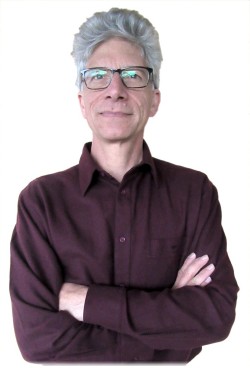 Phil Somerville was born in Sydney, Australia, in 1954, the same year that Miles Davis kicked Heroin. After a Catholic education he took a humble job at a Murdoch tabloid newspaper for 3 years. It was a case of unrequited love and thereafter left to travel extensively in the Pacific, America and Europe for several years.

On return he commenced freelancing as a cartoonist in the early 1980s, initially with small trade union newspapers, and eventually a door opened at the well-regarded then broadsheet The Sydney Morning Herald.

Since then he has contributed both apolitical humour cartoons and editorial cartoon commentary to a wide variety of newspapers and magazines in print and online. 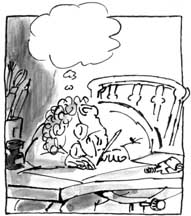 Publications include The Australian, The Bulletin, Freewheeling, Nexus, Matilda, The Independent, The Diplomat, Habitat (magazine of Aust Conservation Foundation), Good Weekend Magazine, Limelight and the last few editions of the English Punch magazine. In 2008-2009 he was chief editorial cartoonist for The Sun Herald.

He lives in the Blue Mountains and nurtures his cynicism despite birdsong and bountiful bushland.

The Fine Print All graphic images and text are copyright © the artist Philip Somerville.